In a 3-phase separator, liquid level controllers allow oil and water to fill or dump from the vessel as required for each fluid individually.

In this video Kyle shows you 2 adjustments you can make to your mechanical liquid level system to maintaining an accurate oil and water interface level.

How do you know if your interface level is accurate?

As your well matures, production fluid gravities will change, which will affect the buoyancy of the float.

You can see the interface level of your vessel in the sight glass and you can confirm it's operating as it should. It is important to regularly monitor this level so you can adjust the float or mechanical linkage as needed.

Below are the two adjustments you can make to correct this.

To get the float to sink through the oil and operate in the oil-water interface you need to weight it properly.

Watch our step-by-step video to learn how.

Without the float being weighted correctly, it will float on the lightest fluid, which is the oil, and not control the interface.

The torque and travel for both the trunnion and dump valve lever arms are adjustable by changing the position of the linkage rod on the lever arms.

This is a give and take between the valve torque and travel. The higher the operating pressure is the, more torque the valve will require to open against that pressure.

The fluid rate will also determine if the valve needs to open further. If the valve is not able to evacuate the fluid fast enough, the valve travel will have to be increased.

A good starting position would be in the middle of each lever arm. From here you can make small adjustments to find what works best in your conditions. 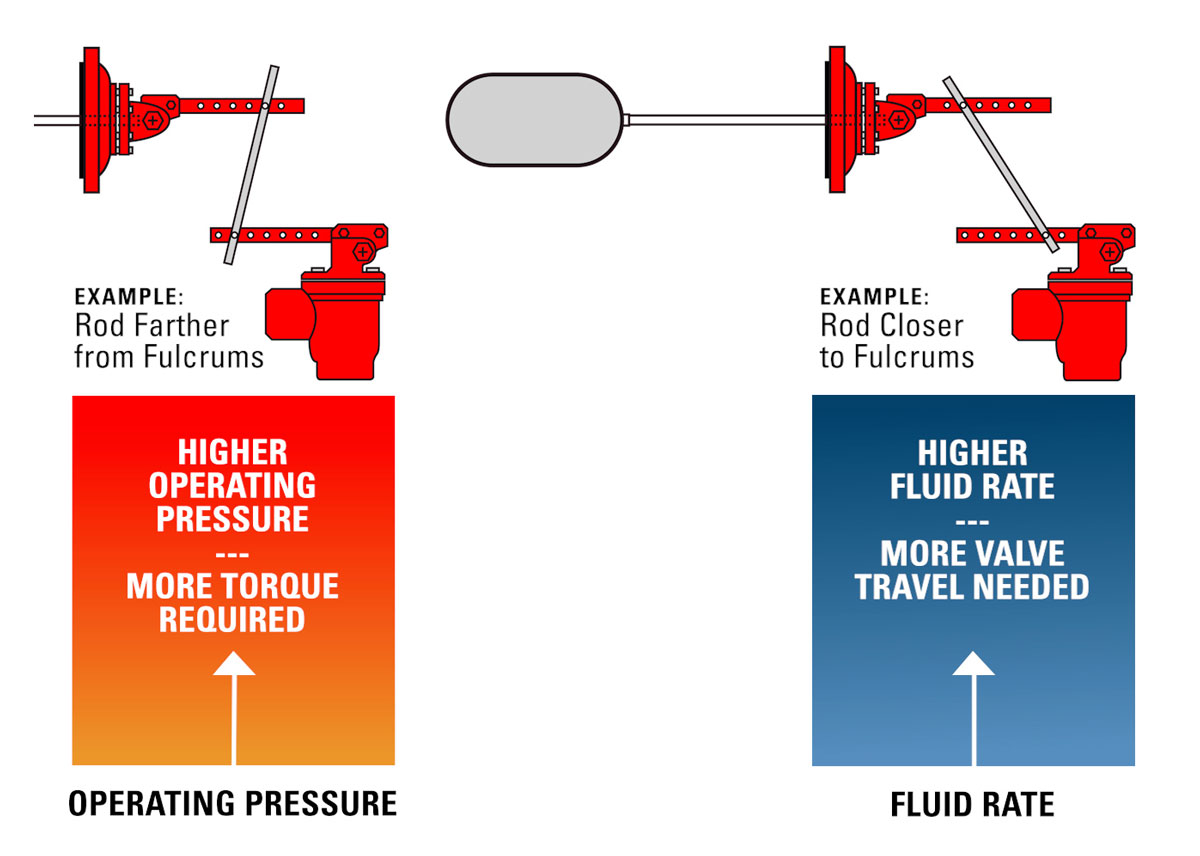 There are 3 new key features which maximize performance in products used for interface control.

There are now lever hub set screws in both the Trunnion assembly and Lever-Operated Liquid Dump Valve, which eliminates rotational play at those connections.

The trunnion assembly now has a threaded design on the float arm hub, which yields no rotational play at that connection to the shaft.

The trunnion hub and shaft designs have been updated in the lever-operated dump valve. A new shape, thicker hub cross-section, and tight-tolerance precision manufacturing has minimized rotational play in this connection to the least amount of any other solution.

For more information about trunnion hub and dump valve design improvements, watch our video on that topic.

To speak with an expert about liquid level control, contact your local Kimray store or authorized distributor.