What is an Oil Emulsion? 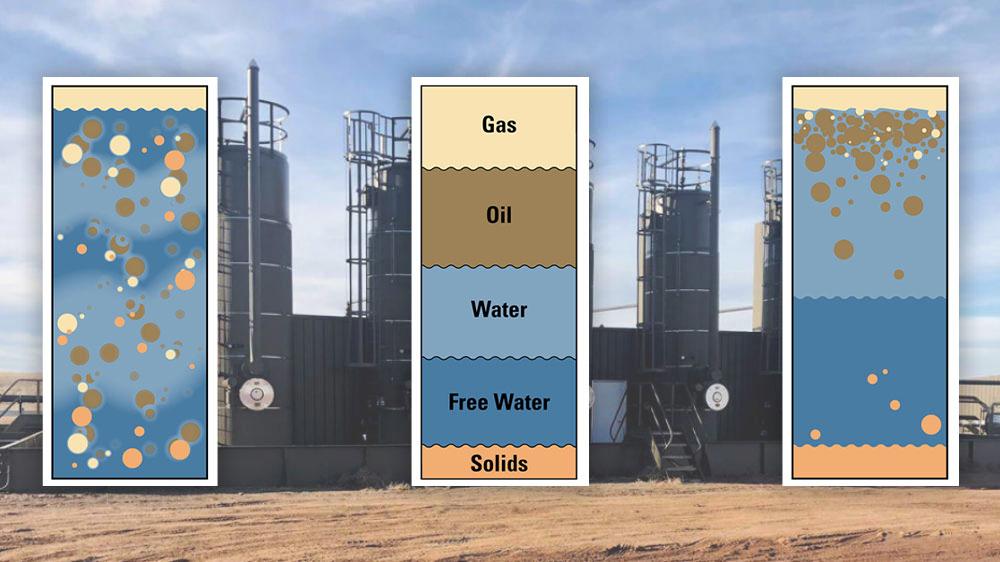 An oil emulsion is a mixture of oil, water, and an emulsifying agent.

Occasionally, an emulsion occurs that contains droplets of oil dispersed in water. This is called a “reverse emulsion.”

How are Oil Emulsions Formed?

A crude oil emulsion, also called a petroleum emulsion, does not normally exist downhole in a producing formation. Rather, it is formed when oil and water are produced together with a great amount of agitation.

When water and oil in a reservoir enter the well bore through the perforations in the casing, large pressure differences are created which violently mix them together. This forms an emulsion.

While the emulsion travels up the tubing toward the surface, mixing and agitation continue and intensify as gas bubbles are released.

Upon reaching the surface, more violent action takes place as the fluids pass through a choke. Mixing is even more pronounced in pumping or gas lift wells. 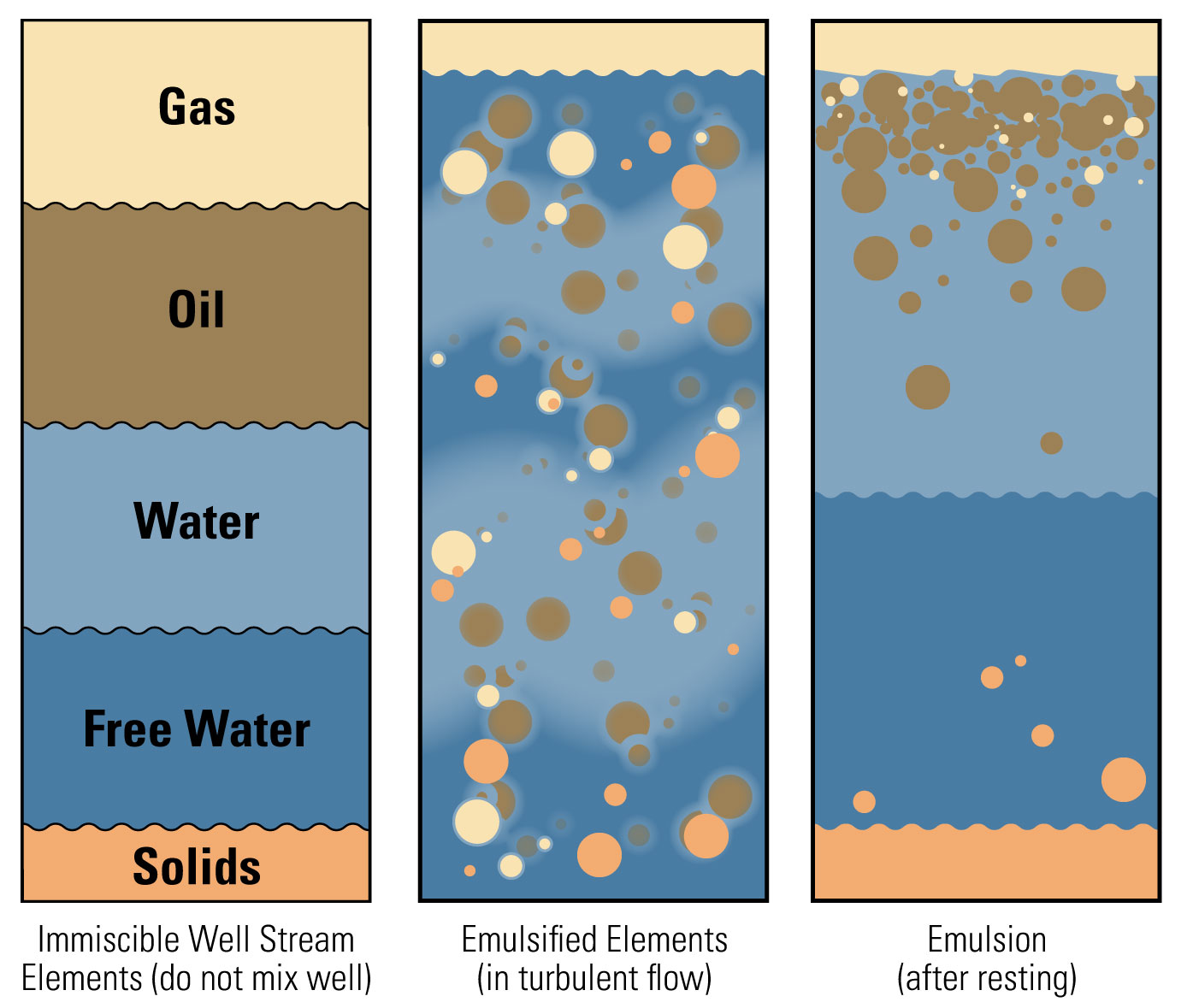 In appearance, the emulsion resembles neither oil nor water. For example, a dark green crude oil when emulsified will often appear a muddy brown color.

If you looked at the emulsion through a microscope, you would see a great number of tiny spheres of water mixed throughout the oil. Each of these tiny spheres is surrounded by a tough film. This film is a layer of emulsifying agent, and it prohibits the droplets from bumping into one another so they can coalesce.

The emulsifying agent may be naturally occurring elements like paraffin or chemicals used when drilling the well.

How Do You Separate a Crude Oil Emulsion?

Not all of the saltwater produced with the oil is emulsified. The water that is not emulsified is known as free water. Free water will settle quite readily from oil.

If you were to see the inside a separator, it would look like this: 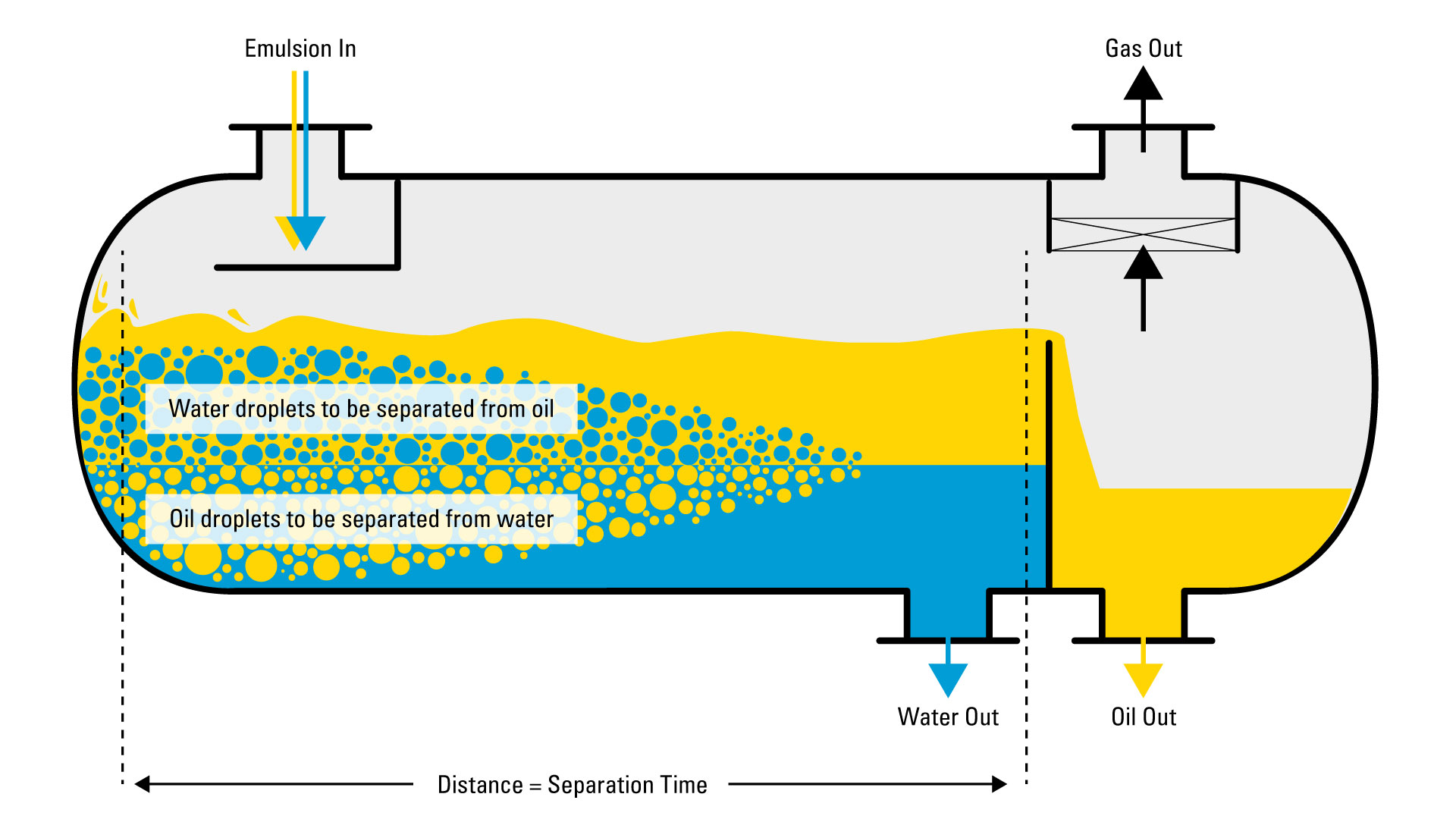 This middle emulsion layer will often remain as an emulsion indefinitely.

An emulsion composed of extremely small droplets that shows no tendency to separate into water and oil is known as a “tight” or “stable” emulsion.

If it is composed of droplets which show a tendency to separate, it is known as a “loose” or “unstable” emulsion.

Emulsifying agents create a film around water droplets and hold it in the oil. The film must be broken in order for the water droplets to coalesce and fall out.

To treat and separate an emulsion, you need something to weaken the film surrounding the water droplets. There are four things that producers use to break the emulsion:

When the film is broken, the water droplets coalesce to form bigger drops, which will settle to the bottom because water is heavier than oil.

To learn more about separating an oil emulsion, check out our blog 6 Ways to Separate an Oil Emulsion.