Should My Valve Fail Open or Closed?

Despite how it sounds, “valve failure” does not always mean that the control valve itself has failed.
In the event of power or pressure loss, a Kimray High Pressure Control Valve actuator will cause the control valve to “fail,” or stop, in one of two positions:

Today we will look at what these two failure modes mean.

What Causes a Valve to Fail?

Power to a valve can be interrupted for a number of reasons. Some common reasons include:

The term “power” here refers to the means by which the actuator is moved, be that air pressure, gas pressure, or electric power.

At some point, your well site will experience one of these power-loss events, and if you haven’t planned for them, they can wreak havoc on your production processes and equipment.

In order to prevent this, it is important to carefully consider the fail position of your control valves. 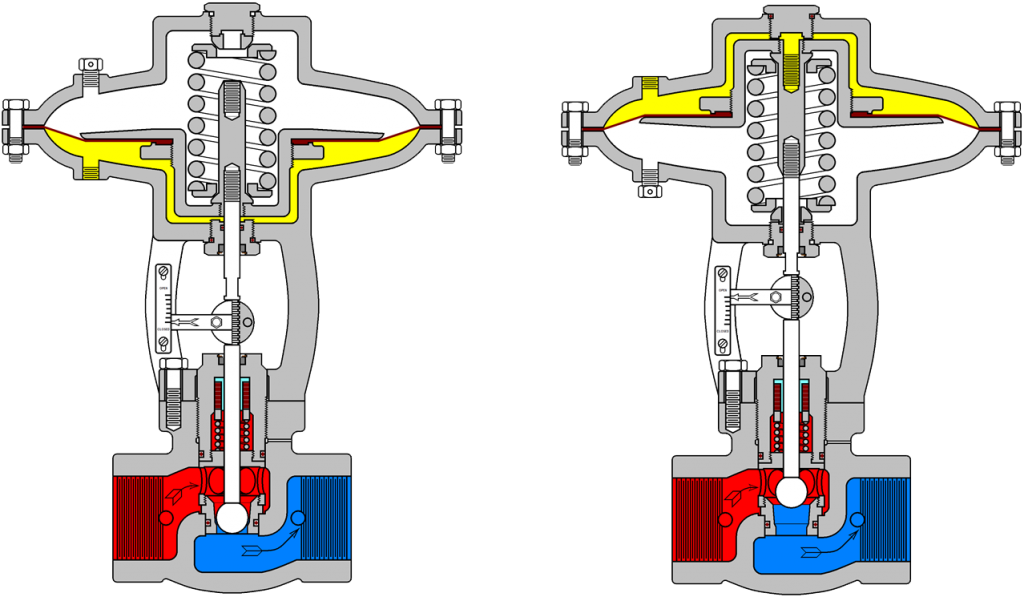 Fail Open (FO) means that when there is a loss of signal, the valve opens.

If you are using your valve in a back pressure application, such as holding pressure on a separator, a fail open valve would allow you to prevent excessive pressure build up on the upstream side of the valve in the event of a failure.

Fail Closed (FC) means that when the signal is lost, the valve closes.

If you are using your valve in a pressure reducing application, such as suction control on an air compressor, a fail-closed valve would help protect any downstream equipment from excessive pressure in the event of a failure.

No matter which failure mode is selected, always ensure your system includes the proper safety valves to prevent overpressure.

How Do You Tell if a Valve is Fail open or Fail Closed?

It depends on the valve. On a Kimray High Pressure Control Valve, there is a position indicator attached to the stem that shows if the valve is open or closed.

What if there is pressure on the valve?

Another way to tell if your control valve is fail open or fail closed is to look at the breather plug.

Can a Fail-Closed Valve Fail Open?

The fail position on Kimray High Pressure Control Valve can be reversed from fail open to fail closed, or visa versa. See our video to learn how.

Prefer to Listen? Check out our podcast on this topic:

Brian Levings
Brian Levings serves as a Product Manager at Kimray, and is responsible for Kimray's line of High Pressure Control Valves. He collaborates with Kimray's engineering, manufacturing, and quality teams to optimize the performance of our products and make a difference for our customers.
More by Brian
POSTED IN: