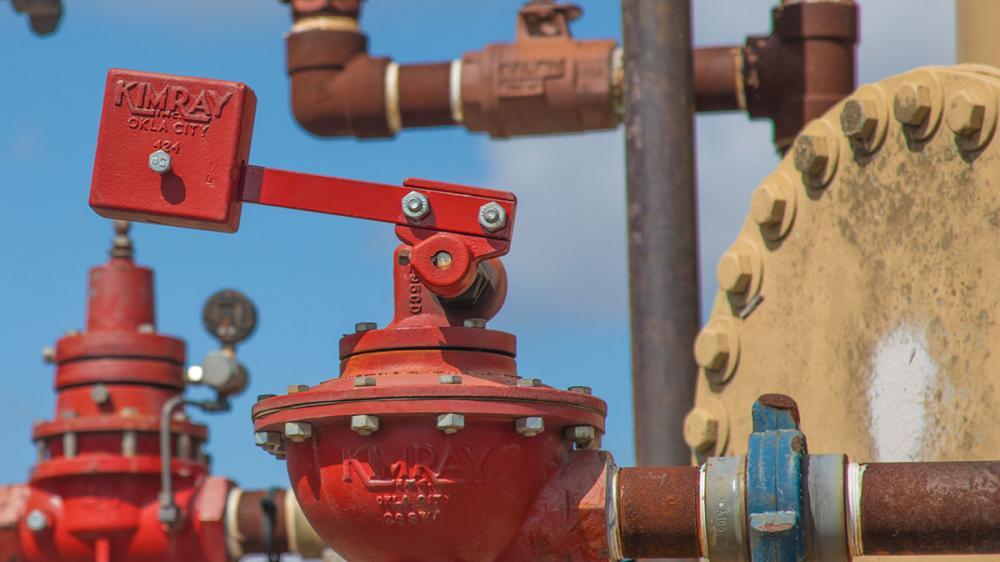 I was recently working with a producer in New Mexico who was experiencing liquid slugs on a recently completed well. His team was having to perform regular shut-ins to deal with them. He asked if there was any way we could help.

During well completion, producers injects their wells with sand and other stimulants in order to allow the resources to flow more freely.

For the first few days of flowback, they can expect the well to bring a varying mixture of sand, chemicals, and water to the surface. After that the well starts cleaning up, and gradually they will see more and more oil. It typically takes 3-4 days before he’ll see an oil level in their free water knockout.

Ideally what he wants is to complete the well and start flowing back and maintain a set flow. What he doesn’t want are peaks and valleys with liquid slugs or shut-ins. However, this can be a challenge when the density of your process fluid changes after stimulation.

The chemistry of a well’s produced solution changes significantly when it transitions from injected elements to everything the ground gives up.

So much so, that the float buoyancy in a separator and the weight it takes to make that interface is no longer viable. To adjust for this, operators are forced to shut-in and re-weight the float.

The process for my New Mexico customer went as follows:

This would be done by three operators. The process would take approximately three hours from beginning of the shut-in process to final installation of the newly weighted float.

From the company’s perspective, that’s three hours of pay for three operators, plus the revenue lost while production was paused. This could also be exacerbated if they wanted to do a check inside the separator. This required a confined space permit set up for the roustabout to examine.

how to weight an oil and gas float

I’ve seen a lot of of things used to weight a float rod on a liquid level control system, including buckets of rocks, sand, and random piping lying around. These were all employed to try to deal with a decrease in fluid density while avoiding costly shut-ins.

After my visit with this producer in New Mexico, I met with our product team to see if we had anymore precise options we could offer. The solution was actually much easier than I anticipated.

How to Weight your float to Avoid Liquid Slugs

Proposal: Weight the float heavier than needed before start up, and install a longer lever arm with a weight.
Operating Principle: Counterbalancing the weight and adjusting on the lever arm as density changed would keep interface 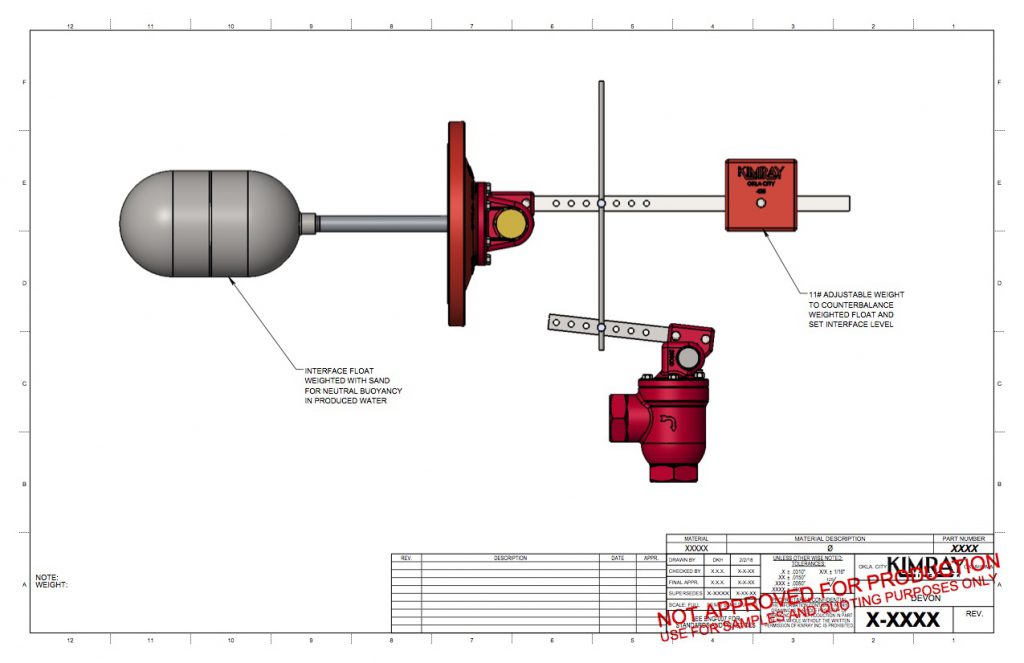 Our product and engineering teams put their heads together, and quickly came up with a solution.

We already used a bar with small weights on our weight operated dump valves in order to maintain a specific volume in a liquid column. After some calculations, we determined that we could use this same solution on a trunnion assembly and dump valve to provide the required functionality for this application.

Our engineers created a custom calculator for it and a tool to give a point of reference for the weight location on the bar. Now, rather than a trial-and-error process with a bucket of rocks, we had a standard, simple solution in place and a precise calculation to deal with this problem.

The customer ordered an assortment of our 7, 9, and 11 pound weights to use as needed on their separators.

To speak with an expert and see if this solution would be right for your operation, contact your local Kimray store or authorized distributor.

Aaron Alaniz
Aaron Alaniz serves as the Director of Sales at Kimray. He leads Kimray's domestic sales team with the goal of strengthening customer relationships and ensuring Kimray is positioned to best serve our customers across the United States.
More by Aaron
POSTED IN: