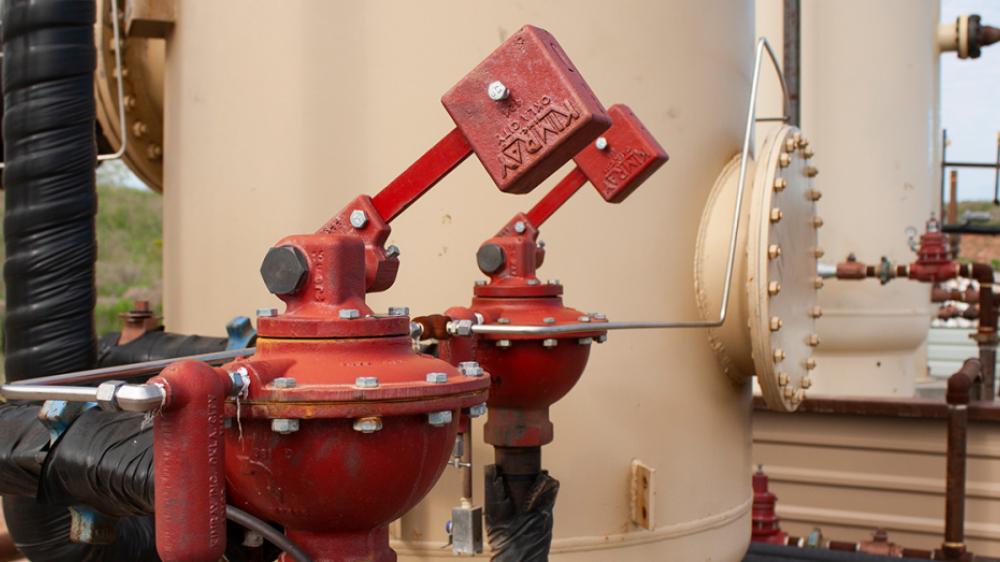 Salt water disposal is a large and often overlooked piece of the oil and gas industry.

Salt water is a natural byproduct of oil and gas production. Out of the roughly 1 million producing oil and gas wells in United States flows 21 billion barrels of water per year.

What is a Salt Water Disposal Well?

A salt water disposal well is a well used to deposit produced salt water back into the earth.

The salt water arrives by truck or pipeline, where it is pumped into the tank battery. There, what oil remains in the water (referred to as “skim oil”) is separated into a holding tank. The salt water, meanwhile, is moved to salt water tanks.

The oil will be sold and trucked away from the site, while the water will be injected into the formation.

Salt is a corrosive element.

You know this if you live near the ocean or in a place where the roads are salted during winter.

The salt itself does not cause metal to rust, but it accelerates the rusting process because electrons move more easily in salt water than they do in pure water.

This means the material in your valves and equipment must be robust.

The Weight-Operated Dump Valve actuates based on the pressure generated from the column of liquid in the discharge piping from a vessel.

As liquid is discharged and the column of liquid lowers, the weight closes the valve.

On a salt water disposal well, the Weight-Operated Dump Valve can regulate the fluid in both the oil tanks and water tanks.

It can be outfitted with a metals and elastomers designed specifically to handle corrosive salt water.

Mike Fick
Mike Fick serves as a Product Manager at Kimray, and is responsible for Kimray's line of liquid level control products and low pressure control valves. He collaborates with Kimray's engineering, manufacturing, and quality teams to optimize the performance of our products and make a difference for our customers.
More by Mike